Reaktin 3TR a drug that strengthens the immune system 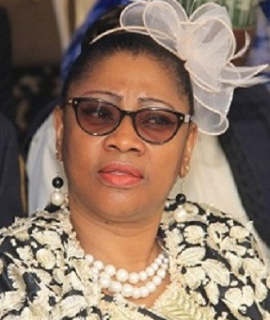 Title : Reaktin 3TR a drug that strengthens the immune system

Although the contribution of the immune system to health protection is known, therapeutic correction of system hasn’t been achieved. Several works, including of Andrieu JM and Tempero M.A. et al (1977), dedicated Levamisole in the search for a substance which strengthens the immune system; unfortunately, this product is toxic at therapeutic doses. The HIV-AIDS pandemic, which specific and determining lesion is immune deficiency, led us to orient our work for the discovery of a phytomedicine with immune properties of Levamisole, without its toxicity. An interesting result was obtained with a crude extract from barks of two genuine medicinal plants that grow in the equatorial forest area, Cameroon. They are traditionally used to cure visceral pains and headache. The product, named: Reaktin.3TR, after phytochemical analysis showed a profile rich in triterpenoids; biflavonoids and saponosides compounds. The presence of biflavonoids (more than 40% of the extract), as phyto-antivirals could led to interesting pharmacological properties, may allow it to be adjuvant treatments as, immunostimulant an also a powerful antioxidant against free radicals. As a Category 3 phytomedicine according to OAPI/WHO Guidelines for the certification of traditional ameliorated medicines (Libreville OAPI/WHO Initiative, 2004), the capsules dosage forms were compliant to pharmacotechnical testings kept its therapeutic activities and safety as it was used successfully in the traditional recipe: (5.4g / 70kg / day). The antimicrobial screening of Reaktin-“3TR revealed an incredible anti-bacterial effect: absence of bacteria.