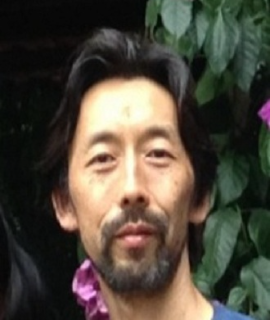 Introduction: To apply for the people who is a pressure sensitive of touch, Agneessens and Tahata developed the Art of Yield, which can facilitate drastic structural change. This approach is a derivation of ‘yield’ touch being taught in some Rolf Movement trainings. A key difference is that integral in Tahata’s approach is the ongoing inclusion of the practitioner ’s perception, which creates the field the work occurs in. To further refinement, Tahata focused attention to positioning in-between the practitioner and the client before intervention. It was shown that when the practitioner could find a suitable position, it could facilitate the client’s body to fit and spread on the massage table without touch, followed by decompression of joints and core space. This positioning might have potential to enhance responsiveness of the body.

Methods: The Ten Series of RSI incorporated with the Art of Yield was given to the client according to the sequence of Ida P. Rolf ’s protocol through gentle touch and the somatic resonance of the Hara(center of gravity) to guide us in our particular position in the room to set up for the order of intervention. In some case studies, the session was involved a conscious use of positioning by the practitioner.

Result: The photo data shows that suitable positioning between the practitioner and the client could facilitate postural change without touch. Rolfing incorporated with the Art of Yield and positioning facilitated drastic structural change as shown in some case studies.

Conclusion: Positioning of the practitioner in the session room, may underlie the basic therapeutic relationship inbetween the client and the practitioner, which might convey the essence of safe, which can be applicable to any kinds of therapies and somatic practices, which is called Ma, Japanese concept about space and time. Ma might be the key factor to provide the safe environment for the client.

Hiroyoshi Tahata has worked as a Rolfing practitioner since 1998. He joined the Rolf Institute faculty in 2009. As a Rolf Movement Instructor he brings to this work a depth of creativity and understanding that integrates the principles of structure and function through a gentle and non-invasive approach to transformation. His background in biochemistry clearly bridges the inquiry between science and art. Hiro’s work is grounded through experience and enriched by a thriving practice. His unique approach called as the Art of Yield, promotes profound experience and physical geometric balance. He offers workshops on yielding and ma in Japan, which provide credits toward Rolf Movement certification and continuing credits for IASI (International Association of Structural Integration).