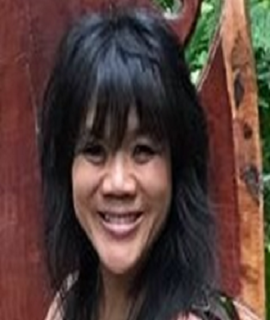 Title : Why homeopathy in prevention and treatment of sars-cov-2 infection?

Introduction: SARS-CoV-2 is a virus that emerged in Wuhan China (December-2019). On February 2021, there was 113 millions cases confirmed cases and 2.5 millions deaths worldwide. In TCM, COVID 19 infection is classified as external pathogenic factor invasion. According to a previous study of the author, more than 97% of the 409 patients analyzed have chakras’ energies  deficiencies.

Purpose: The purpose of this study is to demonstrate That the use of homeopathy medications to replenish the chakras’ energies centers are important to maintain the functioning of the internal massive organs, responsible for the production of Yin, Yang, Qi and Blood. Demonstrate how the lack of this energy in the majority of the patients studied could be leading to the complications associated with SARS-CoV-2 infection.

Methods: A clinical case report of a 42-year-old male patient, layer and work on the military. He was diagnosed with chakras energy deficiencies in November of 2019, and was performing treatment for replenishment of the chakras energy with homeopthy medications. In May 2020, the patient returned, reported to have symptoms of redness on the face and neck, when he went to bathroom to check on the redness, he faintened for the period of five minutes. He was taken to the emergency, exams were performed and nothing was found.   He also reported shortness of breath. The patient had no cought and no fever. He received treatment based on the reasoning of Traditional Chinese Medicine, through the Five Elements theory. The shortness of breath was associated with deficiency of the Kidney or the second chakra. The previous measurement had shown deficiency in 7 of the 7 chakras. The patient was oriented to increase the water intake to improve the energy of the Kidney, and treatment was started with homeopathy medications, to replenish the energy of the chakras, according to the theory entitled Constitutional Homeopathy of the Five Elements based on Traditional Chinese Medicine, on concentration of 1000CH, as he had taken 30CH and 200CH of the homeopathy (Natrum Muriaticum, Phosphoros, Sulphur, Calcarea Carbonica, Silicia).  Medication for taking out Heat retention were also recommended (Mercurio solubilis 200CH and Aconitum 6CH) as well as Chinese dietary counseling. After, it was found that the patient had been in contact with three other people who have coronavirus infection and died from the complications.

Results: The patient presented great improvement of all symptoms, on the following day of the start of the medication, not needing hospitalization.

Conclusion:  When treating patients with chakras’ energies deficiencies, it is important to be careful with the recommendation of high-concentrated medications, because according to the Arndt-Schultz law, high-concentrated medicaiton will harm the vital energy even further, leading to increase the internal Heat, that is comprehended as the  inflammatory process in Western Medicine and increasing the risk of having intravascular coagulation, myocardial infarction, renal insuficiency and respiratory insuficiency due to the lack of energy of the chakras tha tis responsible for the proper functioning of these organs. The use of homopathic medications in these patients are very important to replenish the functions in all the chakras’ energies centers that are responsible for the production of Yin, Yang, Qi and Blood of the patients, and replenish the second chakra, that is reponsible for the Zheng-Qi, that is the force respomsible for the protection of the body against the invasion of exetrnal pathogenic factor, in this case, SARS-CoV-2 infection.

Huang Wei Ling, born in Taiwan, raised and graduated in medicine in Brazil, specialist in infectious and parasitic diseases, General Practitioner and Parenteral and Enteral Medical Nutrition Therapist. Once in charge of the Hospital Infection Control Service of the City of Franca’s General Hospital, she was responsible for the control of all prescribed antimicrobial medication and received an award for the best paper presented at the Brazilian Hospital Infection Control Congress (1998). Since 1997, she works with the approach and treatment of all chronic diseases in a holistic way, with treatment guided through teachings of Traditional Chinese Medicine and Hippocrates.