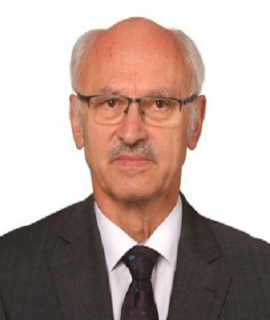 Title : Properties of natural Cuban zeolite and its oral and topical use in human medicine

Zeolites of natural occurrence are composed of different topologies and the most common one in medical application is clinoptilolite. However, the X-ray diffraction (XRD) pattern of the Cuban zeolite exhibits a mixture of the medium-pore 10-membered ring zeolite clinoptilolite and the large-pore 12-membered ring zeolite mordenite. Our investigations had been focused on the effects of particle size, mineralogical composition as well as histamine and serotonin binding capacities of the natural Cuba zeolite compared to a natural clinoptilolite zeolite from Mexico; and the oral application of Cuban zeolite as contemporaneous drug in bowel movements caused by neuroendocrine tumors as well as the topical application for skin care treatment by a special paste formulation. The Cuban zeolite exhibits higher BET surface areas and larger total pore volume as well as higher histamine and serotonin uptake capacities in comparison to the Mexican one obviously due to their different mineralogical compositions. The histamine uptake capacity of both zeolites having smaller size particles is significantly higher than those possessing larger sized particles. The biogenic amine histamine performs pleiotropic effects in human beings as a potent mediator of numerous biological reactions including histamine intolerance, gastric acid production and influences multiple rare diseases. Serotonin is another important biogenic amine, well known as the ‘hormone for fortune’ in the brain, but excessive peripheral blood levels (caused by neuroendocrine tumors, usually known as “carcinoids”) provoke amongst others severe diarrhea. Zeolite clinoptilolite has already been proven as an effective anti-diarrheic drug in an acute stage caused for example by food intolerance. Recently Detoxsan® powder containing the natural Cuban zeolite has been applied to patients suffering from severe diarrhea. The clinical results show that about 70% of patients benefit from taking this medical device for reducing bowel movements from numerous defecations to normal level – and thereby increasing significantly living quality. The roles of different biogenic amines and their interactions with zeolites will be discussed in detail. Zeolite paste (Detoxsan® Paste) is based on petrolatum, contains additionally squalane as natural lipid component, adhers to the skin surface and forms a thin mineral layer, which is able to fulfill its properties as adsorbent. The positive effect on skin irritations by Detoxsan® Paste seems to be due to significant amounts of adsorption of histamine (inflammation promoter) and water (prerequisite for microbial growth). In all the patients, the skin damaged by mycosis could be visually restored completely during 15 days. In intertrigo patients showed a clinically restored skin surface already after 10 days. No adverse health effects were observed for all the patients.

Wilfried Dathe studied biology and started research work in 1973 in the Institute of Biochemistry of Plants in Halle (Saale). He received his PhD degree in 1977 and his DSc degree in 1988. He discovered 1980 jasmonic acid as plant growth inhibitor and worked between 1981 and 1985 as biochemist and consultant at the Academy of Sciences in Havana, Cuba. In 1993 he started in the pharmaceutical industry in marketing, training and coaching of field stuff and physicians. Since 2003 he works as freelancer and actually as external consultant and head of medical research on the zeolite field at the Heck Bio-Pharma GmbH in Winterbach, Germany.