Traditional Medicine in healthcare: The concerns of safety, efficacy and regulation in Kenya 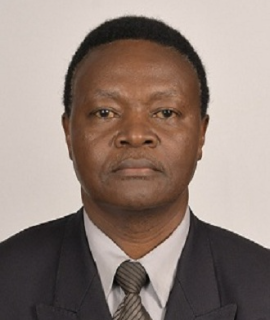 Title : Traditional Medicine in healthcare: The concerns of safety, efficacy and regulation in Kenya

Traditional Medicine (TM) has been used in virtually all cultures as a source of health care. The use incorporating medicinal plants in most developing countries as a normative basis for maintenance of good health has been widely observed and still provides the mainstay of health care as recognized by the WHO, approximating that 80% of the population of Africa use TM. As a consequence, the safety and efficacy of TM, as well as quality control, have become important concerns for both health authorities and the public. As the practices have developed in different cultures in different regions, parallel development of international standards and appropriate methods for evaluating traditional medicine scientifically has lagged behind. Much as it is understood that TM is an ancient medical practice that provided health care to the public prior to the development and application of modern medicine, this long use may not necessarily justify its safety and efficacy. In the Republic of Kenya, a national policy on laws and regulations on TM are being developed. Presently, herbal medicines are sold without much restriction. They are not properly regulated and neither a national pharmacopoeia nor national monographs exists. Lack of this regulatory mechanism has led to quacks in the practice exposing innocent persons to fake TM and exploitation. In order to streamline this, the Kenyan government established a national research centre that conducts research on TM at the Kenya Medical Research Institute (KEMRI). The centre has documented scientific evidence on medicinal plants outlining their safety and efficacy. Through the Pharmacy and Poisons Board of Kenya, the center has been able to register some of the products that are now being developed for use. One such product is “Zedupex”, a herbal preparation for management of human herpes. It is now a requirement in Kenya that TM meets certain basic standards to qualify for listing as a health product. This includes evidence of standardized preparation, toxicity profile, biological efficacy and shelf life. With this information, the integration of TM in the main stream health care system is envisaged.

Dr. Tolo is a Medicinal Phytobiologist holding a PhD in Medicinal Phytochemistry, a fellow at the African Scientific Institute and an awardee of the “The Nelon Gold Award (NGA)” of the Kenya Medical Research Institute (KEMRI). He also holds the Inter-Academy Medical Panel “Distinguished Scientist Award” of the Chinese Medical Sciences (CACMS) and Chinese Academy of Engineering (CAE) in Natural Products Research. Tolo is a Chief Research Officer and the Head of the Natural Products Research and Drug Development Programme (NAPREDA) at KEMRI. His engagements in natural products research spans over two decades and has played a key role in the “Plant Drug Research Group for Antiviral Agents” leading to the innovation of an anti-herpes herbal product, Zedupex and as lead scientist in the National Council for Science Technology and Innovation (NACOSTI) funded project on the “Natural Products Innovation System: Establishing a National Nutraceuticals and Phytomedicines Development Pipeline”. He has published widely and besides being a part time lecturer in Medical Microbiology, he is an appointed peer reviewer of Quality Standards for University Education in Kenya.