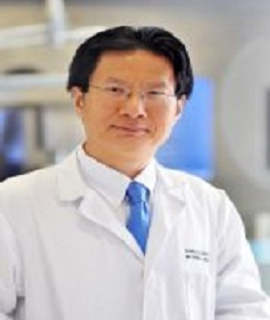 Title : The successful integration of acupuncture research with modern sciences - From observation to prediction

Background: Acupuncture has been shown to cause long lasting systemic changes with weak, nonspecific stimulation which is most similar to the stimulation of organizers in growth control in conventional biology. Growth control is crucial in maintaining normal structure and function of various organisms and its disorder has a pivotal role in many neoplastic, degenerative and inflammatory diseases. Organizers are a small group of cells which control the growth of a larger region. It has been well established that the organizers are macroscopic singular points (points of abrupt change) of morphogen gradient and bioelectric field in embryogenesis. Consequently, organizers are sensitive to subtle perturbations such as weak mechanical and electrical stimulation which have resulted in long lasting systemic changes. In recent decades, a model of growth control system has been developed that a network of organizers in addition to humoral factors continue to exist and partially retain its function after embryogenesis and throughout adulthood. This growth control system is embedded in the structure and function of other physiological systems such as immune, nervous and circulatory systems. The organizers exist at the extreme points of surface or tissue interface curvature (such as locally most concave, convex and saddle points). They appear to coincide with the location of acupuncture points – suggesting that acupuncture points originate from organizers. There is a hierarchy of stem cells in the growth control system with the least differentiated germ cells distributed along the midline axis of the body.

Results: Several predictions and corollaries of this model have been independently confirmed by multiple research groups and therefore have met the gold standard of science: 1. Many morphogens and organizers continue to exist and function after embryogenesis. 2. High density of gap junctions exists at the organizers and boundaries of body domains. 3. The effect of acupuncture is negatively correlated with age and disease chronicity. 4. Organizers have high electrical conductance. 5. Acupuncture points tend to distribute at boundaries between body domains and therefore overlap with connective tissue. 6. Singular points and separatrices exist in growth control. 7. Acupuncture has various growth control effects.

Conclusion: There is growing evidence that this line of research is outlining a new physiological system of growth control in biomedical sciences since the previous discovery of immune system. The existence of the growth control organizer network offers a potentially convenient, cost –effective approach to treat a variety of diseases and manipulate stem cells in which weak perturbation can cause long lasting systemic changes with low side effect profiles. We are conducting statistical analysis and imaging studies to further verify the model.

Dr. Charles Shang received his bachelor’s degree in biology at Peking University, master’s degree in biochemistry at Harvard University and doctor of medicine degree at Boston University School of Medicine. He received the Medical Acupuncture Research Foundation award for publishing the first biological model on acupuncture which has multiple independently confirmed predictions in both conventional biomedical sciences and acupuncture research. His publication on biology of acupuncture has been top-ranked by Google. He is a former faculty member of Harvard Medical School and current faculty member at University of Texas MD Anderson Cancer Center, Baylor College of Medicine and American College of Acupuncture & Oriental Medicine. He is an invited reviewer for the New England Journal of Medicine, Annals of Internal Medicine and British Medical Journal. He is on the editorial board of Medical Acupuncture, World Journal of acupuncture-moxibustion, and on the University Cooperation Working Committee of World Federation of Acupuncture Moxibustion Societies.