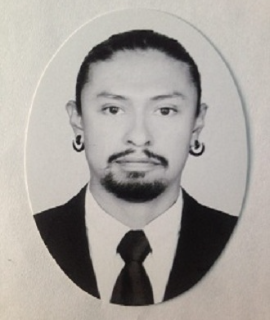 Title : The accompaniment of the native sages to the urban societies of our era. Punctual contributions for physical, energetic and mental healing

The current capitalist economic model has fostered a circle between health and disease, which derives from current food, the exploitation of people by the capitalist system of production, as well as the exploitation of wild ecosystems from which they extract natural goods, collectives available. These diseases at the planetary, ecosistemic and living species levels, including humans, have been identified by the wise natives of the world as a condition that has to be solved. For this reason, the registry of procedures and elements of healing within the ritual has been made through ethnographic techniques such as participant observation in meetings of spiritual leaders in Mexico and South America, as well as in healing ceremonies with 37 wise men of the American continent in different times. And for 14 years the mobility of these native authorities, doctors and traditional healers was also recorded, to serve the non-indigenous, mestizo and urban populations; populations with whom they share elements of healing through ancestral herbalism, corporal therapies and psychological and spiritual accompaniment during rituals. The aspects that are distinguished are based on commonality, good living and respect for nature with its biotic and abiotic components, as well as the balance and retribution to the natural ecosystems that are used, either in the productive systems themselves as are the producers of handicrafts, the agricultural communities, the fishing communities of the coast and the hunter societies. Among the elements used in ritual and healing processes are the use of plants, animals and minerals, which collectively and individually generate medicine. In this sense, the meaning of “medicine” also encompasses the invocations, petitions, thanks, the words and visions of the wise, where ceremonial songs, fasts, retreats in solitude to the mountain, dances and offerings stand out. It should be noted that, in this process of knowledge transmission, the mestizo community has been healed and has been incorporated into the healing process after years of accompaniment and learning with the native sages still present in our times.

With cultural roots nahua - xochimilca , the M. in C. Huerta-López studied the careers of Biology and Social Anthropology simultaneously, the first in the Universidad Autónoma Metropolitana - Xochimilco and the second in the Escuela Nacional de Antropología e Historia, Cuicuilco, both to the south of the Mexico City. In this context, he kept close contact with wise men and women of different ethnic groups from the north, center and south of the American continent. Member for 13 years of Centro Ceremonial Oxtoyohualco, Teotihuacán, as well as the Asociación Mexicana de Etnobiología, A.C. (AEM) since 2010, of Sociedad Latinoamericana de Etnobiología, SOLAE, AC, since 2012, as well as co-founder and Secretary General of Comunidad Biocultural, A.C., since 2014. The main contributions have been regarding the protection and dissemination of the biocultural and zoocultural heritage of the peoples with whom he has worked, examples of which are the Mazatec communities of Oaxaca, the wixarrica-huichol native populations of Nayarit and Jalisco, as well as the coastal communities of the North of Guerrero and the south of Quintana Roo. He graduated as Master of Science with a specialization in Natural Resources Management from El Colegio de la Frontera Sur, ECOSUR, from the master’s program in Natural Resource Management and Rural Development.