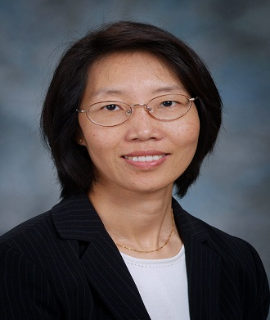 MYC is a transcription factor that acts as a potent pro-cancer program across multiple cellular pathways and has been identified as one of the driver genes in various cancers. Targeting Myc itself has been challenging as there is a lack of a druggable binding pocket in MYC molecule. Much effort has been focused on indirect targeting strategies of MYC. As MYC is usually overexpressed in the late stage of cancer, targeting MYC stability is an attractive strategy. Here we reported that using herbal medicine, such as mistletoe and its bioactive components, mistletoe lectin as well as other bioactive components derived from other herbal products, to destabilize the MYC protein resulted in degradation of MYC in either hepatocellular carcinoma (HCC) or melanoma. We and others have demonstrated that mistletoe extracts including Fraxini exerted strong antiproliferative and pro-apoptotic activities in various cancers including HCC. We also recently observed that mistletoe lectin I, Aviscumine, exerted much stronger anti-proliferative activity in both human melanoma A375 and mouse melanoma Yummer cells than that of mouse melanoma B16 cells. It appears to us that the selective antiproliferative effect of Fraxini and Aviscumine in HCC and melanoma is mediated through targeting c-Myc protein. We found that Fraxini and Aviscumine dose dependently suppressed the c-Myc protein expression, but did not affect c-Myc mRNA level in Hep3B cells and A375 cells, suggesting Fraxini and Aviscumine downregulates c-Myc through post-translational regulation. Fraxini reduced half-life of c-Myc protein from control (40 minutes) to 27 minutes. By inhibition of 26S proteasome activity using MG-132 in Hep3B cells, Fraxini elicited downregulation of c-Myc was notably antagonized, suggesting that Fraxini downregulated c-Myc by promotin its proteasome degradation. Fraxini decreased phosphorylation of S62 (stabilizing c-Myc) while slightly increasing p-cMycT58 (destabilized c-Myc) in Hep3B cells. Fraxini (up to 20 µg/ml) exerted minimum antiproliferative activity in Burkitt’s lymphoma Raji cells, which are known to host T58 mutation on c-Myc, augmenting that Fraxini is acting on c-Myc phosphorylation and resulted in downregulation of c-Myc in HCC. Additionally, Aviscumine injected (s.c.) to LAP-tTA/TRE-MYC mice carrying MYC driven HCC for 3 weeks significantly prolonged the survival of these particular mice compared to that of control mice. Furthermore, A375 tumors with relatively higher expression of c-Myc were markedly smaller in Aviscumine treated mice than in the control-treated group, whereas Aviscumine treatment showed no tumor growth inhibitory effects in B16 tumor-bearing mice and led to no-reduction of c-Myc protein. A number of pathways regulating MYC stability have been explored and will be discussed during the presentation. Furthermore, the effect of other compounds derived from herbal medicine on c-Myc stability will be discussed. In conclusion, our data and others suggested that herbal medicine and its active component could potentially be developed to target MYC stability and resulting downregulation of MYC protein in HCC and melanoma which warrant further investigation.

Dr. Peiying Yang is a Tenured Associate Professor at Department of Palliative, Rehabilitation and Integrative Medicine at the University of Texas MD Anderson Cancer Center. She received her undergraduate and master degree in Pharmacy from the Beijing, China and completed her Doctor degree in Nutritional Science in US. Dr Yang has been engaged in translational research on traditional medicine and natural products in cancer treatment and prevention. She published more than 110 peer reviewed papers in high impact journals and currently serves a board member of Society of Integrative Oncology (SIO), American Botanical Council, and Consortium of Chinese Medicine in Cancer, a Founder and Member of Board of Directors of Metabolomics Association of North America.