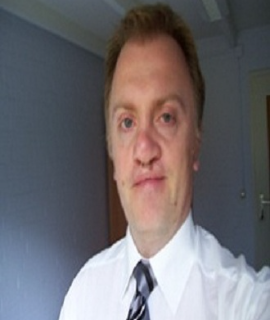 Far East Medicine, and others Traditional Chinese Medicine (TCM) has recently acquired more and more attention in Europe. Due to this, it seems adequate and reasonable to monitor the level of metallic elements in medicinal plants originating from C among hina available in European market. Therefore the aim of the studies was to analyze quantitatively the concentration of Fe, Mn, Zn, Cu, Cd and Pb in medicinal plant materials originating from China used against civilization diseases. The studied samples were as follows: Radix Polygoni Multiflori (He Shou Wu), Fructus Lycii (Gou Qi Zi), Fructus Crataegi (Shan Zha), Radix Rehmanniae (Shu Di Huang) – Sheng and Radix Rehmanniae Preparata. After microwave digestion, the obtained digests were used for evaluation of metallic element contents by FAAS technique (Fe, Mn, Zn, Cu, Pb and Cd). It was found that the highest amounts of the studied elements were present in Radix Rehmanniae, whereas the lowest in Fructus Lycii and Fructus Crataegi. For interpretation of the results, statistical methods were applied, and cluster analysis showed that samples originating from the same botanical plant species were often found in the same cluster. Principal component analysis revealed that the contents of Fe, Pb, Cu and Cd were among the most important factors responsible for differentiation of investigated medicinal plants.

Dr. Pawel Konieczynski studied Pharmacy at the Medical University of Gdansk (MUG), Poland and graduated from Faculty of Pharmacy at MUG in 1992 as a master of Pharmacy. Then he started his scientific and didactic work at the Department of Analytical Chemistry of MUG. He obtained his PhD degree in 1997 at MUG and in years 1997-1999, Dr P. Konieczynski was a fellow of EU scientific scholarship (PostDoc) at the Department of Inorganic, Metallorganic and Analytical Chemistry at the University of Padua (Italy). His research interest is focused on analysis of metallic and non-metallic elements in medicinal plants. In 2018 he obtained the position of an Associate Professor at the Medical University of Gdansk. He has published more than 50 research articles in SCI(E) journals.