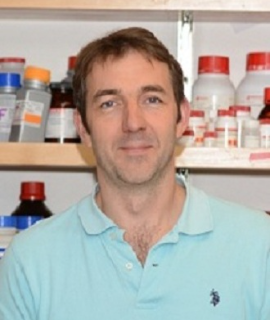 Traditional folk medicines based on herbs have been used for thousands of years and currently persist alongside modern therapeutic approaches. However, the molecular basis for many folk medicines is unknown or incompletely understood. We recently discovered that some folk anticonvulsants activate specific types of voltage-gated potassium (Kv) channels. Kv channels are important in cellular repolarization and in maintaining resting membrane potential of neurons and other cell types. Kv channels are activated by membrane depolarization and repolarize cells or prevent, for example, neuronal firing. We and others have found that Kv channels in the KCNQ gene family can also be activated by certain small molecules, including traditional herbal remedies and also modern medicines. Recently, we discovered that several folk anticonvulsants from African, Chinese and Western cultures contain small molecules that activate KCNQ channels in the brain, providing at least one molecular basis for the anticonvulsant action of these traditional medicines. In several cases, we identify the active components, and also their binding sites on the KCNQ channels. We also examine relative specificity of action within different KCNQ channel isoforms, and demonstrate how this might shape the spectrum of therapeutic effects, and side effects, of the herbal medicines. In the case of the African anticonvulsant derived from Mallotus oppositifolius extract, we demonstrate that two components of the extract, mallotoxin and isovaleric acid, bind together in a KCNQ channel binding site to synergistically activate neuronal KCNQ channels and ameliorate seizures. In addition, when combined with the modern anticonvulsant retigabine, mallotoxin and isovaleric acid can completely lock KCNQ channels open at all membrane potentials. The results provide the molecular basis for several widely used herbal medicines, and also uncover compounds from the medicines that can be used in subsequent medicinal chemistry optimization strategies to develop safer and more efficacious anticonvulsants. Finally, the data suggest that specific combinations of herbal medicines might be used treat specific forms of epilepsy for which the underlying genetic basis has been identified.