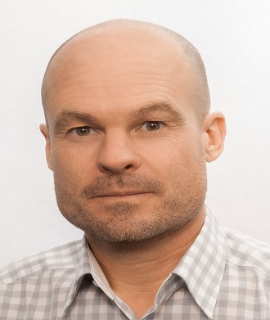 Title : Networks of the brain - How a functional treatment of the trigeminal nerve can help in multiple dysfunctions of the body (e.g. migraine, back pain and in connection with long term stimuli even chronic diseases of the CNS)

S tephan Breu is going to present the research work on functional Neurology of the last fifteen years by Dr. Eckardt and him with the example of having a closer look at the cranial nerve five - the trigeminal nerve, and on its functions and connections throughout the whole central and peripheral nervous system. It will be shown how large the impact of functional disconnection of that specific cranial nerve can be on several body systems and what symptoms these dysfunctions can cause. But not only the pathological patterns will be discussed - there will be also demonstrated how fast and effective these dysfunctions can be dissolved in a matter that can be practiced by nearly every physician with a good knowledge of the functions of the brain and the rest of the nervous system. It will be shown, that it is by far one of the gentlest and most natural ways of approaching several pathologies that are most of the time accompanied by chronic pain syndromes or other severe dysfunctions of the body and the brain. Why it is shown at the example of cranial nerve five? Because it is that one of the twelve cranial nerves that shows the highest - apart from the vagus nerve - connectivity to all of the other cranial nerves and in which all functional aspects are combined: the sensitivity, the motor activity and the sensory. Another interesting aspect of cranial five is the anatomical location of its nuclei and the easy access to most of its branches and fibers, so it gives the therapist multiple ways of testing and finding solutions to several dysfunctions.

Mr. Stephan Breu studied physical therapy in Schwandorf, Bavaria / Germany and the Hogeschool van Amsterdam, Netherlands and graduated in 1999. From 1999 to 2005 he studied osteopathic medicine at the D.O.K. which is a partner college of the CEO (Collège d’Études Osteopathiques de Montréal, Canada). During his osteopathic studies he already started to get deeper into neuroscience by his teacher Philippe Druelle (Assessment and treatment of endocranial spasms). In 2005 he met Dr. med. Eckardt in Munich and later on Dr. Allan Phillips from New Zealand and this was the inescapable beginning of his journey into the functions of the brain and the neuroscience in special. He achieved his Masterlevel of NIS (Neurological Integration System) in 2008 and the Masterlevel of Neurofunctional Integration in 2017. His career of teaching Mr. Breu started in 2010 at the Neurolog Academy, Germany