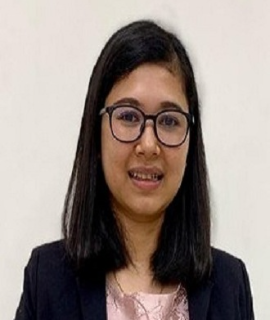 Title : Effectiveness of a chitosan-curcumin mixture in treatment of acetic acid-induced chronic gastric ulcer in rats

Curcumin has been claimed to exert a potent antiulcer, however, its limitations for further clinical use include its low solubility, low bioavailability, large oral daily dosing and frequent drug administration. Chitosan is a wellknown polysaccharide biopolymer with bioadhesive and drug penetration enhancing properties that could be beneficial in enhancing the substantivity in the gastric mucosa and the bioavailability through the gastric mucosa of curcumin. In addition, its ulcer-healing property could also enhance the antiulcer efficacy of curcumin. Accordingly, a chitosan-curcumin mixture was developed and evaluated for its efficacy in treatment of acetic acid-induced chronic gastric ulcer (GU) in rats in which pathological aspects and healing process highly resembles to human chronic GU. Its antioxidant efficacy in scavenging nitrite radical, its anti-inflammatory efficacy against the production of NO from iNOS in activated macrophage RAW 264.7 cell line including its efficacy in enhancing epithelial cell migration in AGS human gastric epithelial cell line using scratch wound healing assay were also evaluated. An oral mixture with a combination of chitosan (150 mg) and curcumin (20 mg) using 0.1 M acetic acid as a solvent was a uniform yellow-color mixture with pH in an optimal gastric pH range. The obtained results showed that an oral chitosan-curcumin mixture given only once-daily administration for 10 consecutive days exerted a comparable ulcer healing efficacy to a twice-daily administration of curcumin (20 mg/kg), chitosan (150 mg/kg) or lansoprazole (a standard antiulcer agent). The ulcer curative potency of a chitosan-curcumin mixture reached almost the maximum at the once-daily dosing frequency as the curative potency of a mixture tended to decrease at a twice-daily dosing. The scratch wound healing assay demonstrated that a chitosan-curcumin mixture, curcumin and chitosan had comparable efficacy in stimulating AGS human gastric epithelial cell proliferation and migration. It was noted that the gastric epithelial cell migration decreased at a higher dose of curcumin, chitosan and a chitosan-curcumin mixture. On the contrary, a chitosan-curcumin mixture exerted a high antioxidant activity against nitrite radicals and a high anti-inflammatory activity in inhibiting NO production in RAW 246.7 cell with a less antioxidant and anti-inflammatory potency than that of curcumin but a higher potency than that of chitosan. This suggested that chitosan can maintain the curcumin concentration in the gastric cavity through its bioadhesive property and enhancing an optimal curcumin bioavailability through its drug penetration enhancing property. It was also indicated that the beneficial antiulcer of an oral chitosan-curcumin mixture may be accounted from the potent antioxidant and anti-inflammatory efficacies of curcumin and from the ulcer healing efficacy of both curcumin and chitosan. The finding indicated the benefit of a chitosan-curcumin mixture with a low daily dosing and low dosing frequency of curcumin as a potential alternative in management of chronic gastric ulcer.

Miss Sineenat Kuadkaew graduated Bachelor degree of Science (General Sciences), and Master degree of Science (Pharmacology), from Prince of Songkla University, Thailand in 2007 and 2010, respectively. She is a lecturer at Department of Thai Traditional Medicine, Faculty of Sciences and Technology, Rajamagala University of Technology Srivijaya, She is now studying PhD degree of Pharmaceutical Sciences at the Faculty of Pharmaceutical Sciences, Prince of Songhla University, Thailand and has published her study on oral ulcer healing and anti-candida efficacy of an alcohol-free chitosan-curcumin mouthwash in European Review for Medical and Pharmacological Sciences. 2018: 22:7020-7023.