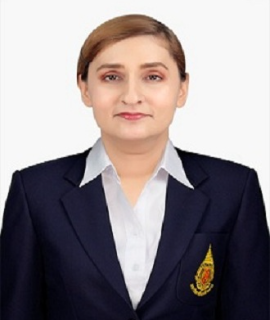 Ayurveda is the oldest medicine system available on earth. According to the legend, it has existed before the creation of the universe by Brahma, the lord of the creation. In Ayurveda, holistic healing is focused. There are many treatment and healing systems utilized in Ayurveda. One of interesting examples is using the aromas from natural sources. Aromas are employed by Ayurvedic practitioners as a tool for disease management since long time ago. In Ayurveda, aromas can be used by many techniques, including simple inhalation and massage therapy. There are two major purposes of using aromas in Ayurveda. Firstly, aromas are used to balance the dosha of the body, which can relieve certain diseases. Secondly, aromas are used to balance or stimulate chakra systems in order to relieve certain physical, mental and spiritual conditions. It was also described that aromas are able rebalance the three human life forces, which are prana, ojas and tejas, which subsequently create healthy and long lifespan. There are three different doshas component in our body. They are kapha, pitta and vata. These doshas are created by the assimilation of the five elements, which are ether, air, water, fire and earth. For example, kapha dosha is created from earth and water. Dosha controls both physical and mental function of our body. When there is an imbalance in dosha, the disease is usually occurred. Since aromas can rebalance dosha, so it provides disease prevention effects. In this article, the detail of utilizing aromas from essential oils will be discussed; the effects of these essential oils on dosha and chakra system also will be discussed. Formulation guideline for aromatherapy products will also given.

Dr. Naphatsorn Ditthawutthikul (Kumar) was studied in Program of Pharmaceutical Science, and graduated in 2007. After that, she had joined the health care products research unit at Faculty of Pharmacy, Chiang Mai University and received her Ph.D. in 2012. Currently she is a lecturer in a Beauty Technology Program, School of Cosmetic Science, Mae Fah Luang University, Chiang Rai, Thailand, since 2014. She had studied aromatherapy product development in 2007 and she began to study Ayurveda in 2016.