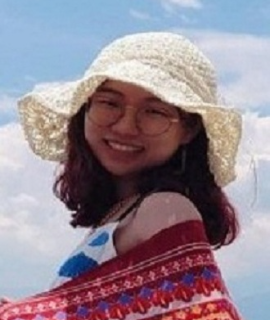 Plant-based drug from each nationality has become a potential abundant source for international pharmaceutical market. In reverse pharmacology, traditional drug that has a history of therapeutic activity is used as a starting point for drug discovery. However, documented natural-product drugs from traditional medicine are generally the mixtures of compounds having a variety of pharmacological effects. It is extremely difficult to identify their active components and clarify their pharmacological mechanism due to the complex relationship between the pharmacological effects of traditional drug itself and that of its components. The key idea used in solving this problem is that traditional medicine-inspired approaches to drug discovery should start with the relevance between identifying the material basis for the efficacy and clarifying the pharmacological mechanism of traditional drug. So, the operational definition of the material basis for the efficacy of traditional drug was established. Searching for the material basis of the efficacy of traditional drug was converted to the detecting, expressing and analyzing of the relationship between the pharmacological effects of the component and/or combination and the traditional drug itself. Thus the research framework of the pharmacological mechanism and the material basis of traditional drug were built up. We are engaged in the drug discovery in the traditional medicine,resources based on the drug showed indeed efficacy in the long-term clinical practice. The application of the modern science and technology in-depth study on the traditional medicine knowledge, in order to find lead compounds or pharmaceuticals,that has revealed clear structure and has become a new drug at the clinical medicine in the further. The field is known as reverse pharmacology. The research object in the field of traditional medicine is generally a mixture of compounds. Therefore, according to the specific effect by drug, research should be confirmed at the molecular level and find the effective components or the combination of effective constituents, and also to clarify the effect mechanism. Thus, we need to establish a research framework of traditional medicine,material basis and mechanism of action as the Methodology of Reverse Pharmacology (MRP). With the guidance of the new method, we studied the analgesic effect of Dragon’s Blood from the traditional medicine, the analgesic effect of Dragon’s Blood and total flavonoids was determined by several cell channels and the animal model from Dracaena cochinchinensis raise extract, and to explore the combination of three kinds of components were the basis. Pharmacodynamic substance from Dragon’s Blood had analgesic effect. Sodium channel, capsaicin receptor and the wide-dynamic range neuron in dorsal horn were the effect targets. We will use a combination of three components as the lead compound, developing to a new analgesic drug with high efficiency and non-addictive from Dragon’s Blood. This study will be divided into two stages to implement.First, we will develop the total flavonoids of effective parts containing three components, then we will transform a combination of three active monomer compounds development into modern pharmaceutical dosage form. Dragon’s Blood is a name of Dai Drug and is effective in the clinical treatment for relieving pain. We have systematically studied its analgesic mechanism and found that its modulations on tetrodotoxin-resistant (TTX-R) sodium channel and acid-sensing ion channel (ASIC) may be its analgesic mechanism. Further research shows that its modulations on the above channels are caused by the synergistic actions of its three flavonoids. The three flavonoids are loureirin B, cochinchinemin A and cochinchinemin B. Interestingly, we have found that the mode of action of cochinchinenin A on TTX-R sodium channel complied with occupancy theory while that of cochinchinenin B complied with rate theory. The different modes of action on TTX-R sodium channel, different rate constants of combination and different rate constants of dissociation directly induce the antagonistic interaction between cochinchinenin A and B. However, neither occupancy theory nor rate theory could well describe the time dependent inhibitory effect of loureirin B on TTX-R sodium currents, which suggested that a second messenger-mediated signaling pathway may be involved in the modulation mechanism. Loureirin B can modulate the TTX-R sodium channel in DRG neurons via the AC/cAMP/ PKA pathway involving the activation of AC and PKA, which can explain the synergistic effect on the TTX-R sodium channels of the three flavonoids. In addition, we also found that the combination of the three flavonoids could decrease half of the peak amplitude and the sustained portion of ASIC currents. The combination of the three flavonoids was fully efficacious on CFA–induced inflammatory thermal hyperalgesia. And the combination rescued thermal hyperalgesia through down-regulation of ASIC3 expression in CFA-induced inflammation.

Dr Jun Li, College of Pharmacy, South-central University for Nationalities, Wuhan, P. R. China. He received his PhD (pharmacy) in 2007 from department of pharmacy, Kumamoto University, Japan. From 2007 to 2009, he has served as assistant research fellow in the School of Pharmacy, Sun Yat-sen University and focused on the direction of natural products chemistry. Then he joined South-Central University for Nationalities and became a teacher. Now he is the vice dean of College of Pharmacy