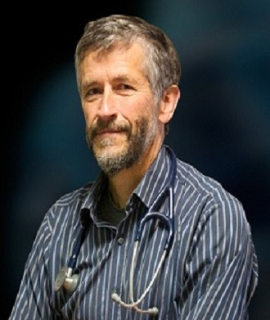 Mike Lean MA, MB, BChir, MD (Cambridge), FRCP (Edinb), FRCPS (Glasgow), FRSE holds the chair of Human Nutrition, based at Glasgow Royal Infirmary, where he is also a consultant physician with NHS responsibilities for an acute medical ward and emergency receiving duties. His primary training was in Medicine, completing a Cambridge MA degree in History and Philosophy of Science. Medical undergraduate training was at St Bartholomew’s Hospital, and postgraduate training mainly in Aberdeen and Cambridge. He received research training as an MRC Clinical Scientist for 4 years at the MRC and University of Cambridge Dunn Nutrition Laboratories, and on a Leverhulme Scholarship to the University of Colorado in Denver, in 2003. He has held Visiting and Adjunct Professorships at the Robert Gordon University, Aberdeen; the University of Otago, New Zealand (currently) and at University of Sydney, Australia (also currently). He has been a non-executive director of the Health Education Board of Scotland for 8 years, and chaired the Food Standards Agency Advisory Committee on Research. He was awarded the Rank Nutrition Lectureship by Diabetes UK in 2013; the Tenovus Medal in 2017 and elected a Fellow of the Royal Society of Edinburgh in 2018.