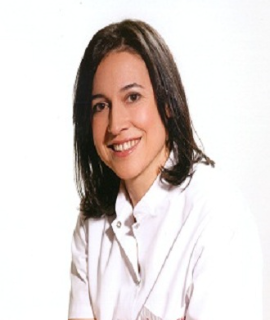 Josefina Anllo Naveiras graduated in Pharmacy at the University of Santiago de Compostela. The roots of their ancestors to medicine and their origins that are linked to Areas of Biological Interest led her to be interested in the sustainable development and conservation of the Natural Environment. Her visits to the Spa of Curia (Portugal) and to (the Museum of Natural History and that of Geography and History of) London during childhood, developed in her great interest in the different cultures and her passion for botany. She has worked for 20 years in pharmacy, while doing her doctoral thesis “Ethnobotanical Study of the Region of Terra Cha”. During this period she developed the section “El rincon verde” in the magazine of the Faraceutics College in which she disclosed the medicinal properties of the plants. She has been a spokesman for various television programs of the Spanish Institute for phytotherapy research. She collaborates periodically, in the preparation of the National Inventory of Traditional Customs, related to Biodiversity, financed by the Ministry for the Ecological Transition. Currently, she studies Molecular and Genetic Biology at the University of A Coruña and investigates the parallelism between the use of “Hortocosmetica” (cosmetics made with fresh produce from the garden) and Shinrn-yoku. While testing the effectiveness of this treatment added to the Japanese kovido massage to antiageing facial.