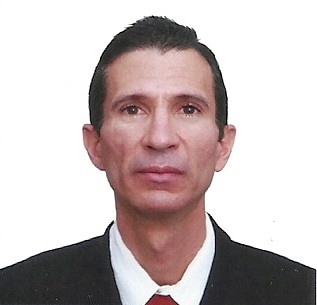 In the recent years, it has been an upsurge of interest in natural resources due to their great potential to be used in the development of novel bioactive compounds and therapies. Among them, edible mushrooms are highlighted as promissory sources of substances of nutritional and biopharmaceutical interest with potential clinical applications. Approximately 130 medicinal functions have been described in mushrooms, such as immunomodulatory effects.

Pleurotus species, like many edible and medicinal mushrooms, are a good source of immunomodulators and

“host defense potentiators” (HDPs). In this context, dietetic supplements with a high therapeutic potential acting on the immune system and formulated from refined or partially refined mushroom extracts, or from dried mycelia/fruiting bodies biomass are referred as “mushroom immunoceuticals”. The present study examined the synergy exerted by the structural diversity of biomolecules found in Pleurotus crude extracts and powders on immune responses of both immunocompetent and immunodeficient Balb/c mice. Pleurotus derived-products could potentiate the host defense mechanisms in vivo and should be promising for further pharmacological studies. The effects on cell immunity are especially valuable in the prophylaxis of tumors, immunodeficiencies and as co-adjuvant in chemotherapy. The results also demonstrate that not only mushrooms but also their mycelia may be a good candidate for nutraceuticals production. Both in vitro and in silico studies also support the role of differential induction patterns towards macrophages activation, as well as, modulatory effects on epigenetic signalling. Through this immunological “window” we are assisting to a revolution in mushroom science characterized by the diversity of compounds found in mushrooms and on the other hand, by the possibilities given by the abundance of specific molecular targets. The mechanisms of action need to be fully elucidated and corroborated by conducting clinical trials. This will consolidate the basis for considering mushroom biotechnology as an emerging horizon for developing natural therapies.

Dr. Morris studied Biochemistry at the Havana University, Cuba, and graduated as MS in 2000. He then joined the Biotechnology Division at the Solar Energy Research Center, Cuban Academy of Sciences. He received his PhD degree in 2007 at the Universidad de Oriente (UO), Cuba. After that, he obtained the position of Titular Professor at the Center for Studies on Industrial Biotechnology (CEBI)-UO, and in 2018 he was promoted as Director of CEBI. He was awarded by the Americas Regional Committee of the International Council for Laboratory Animal Science in 2016. He has published more than 70 research articles in peer reviewed journals.